What Makes A Successful Triathlete

Rio 2016 is well and truly in full swing and to top it off the Brownlee brothers have only gone and smashed the olympic triathlon once again. Something Alastair said in an interview with BBC got me thinking about what makes a successful triathlete.

“As soon as we got to halfway I knew we were going to get two medals and it was just a run for it.”

The Brownlees are truly dominant in what they do and I know for a fact that they really put the work in during training. But what exactly makes them so good? I’ve been working with a triathlete this race season and I’ve been able to draw some comparisons between the two:

1. They know exactly what they want. Setting your sight on a specific goal allows you to really dial in what you need to be doing, from your general prep phase through to your pre-competition taper. Smart planning means you can set your sights on your goal, hone in your skills and go in for the win on race day.

2. They put the hours in. Triathlon is predominantly an endurance sport, so it is undeniable that you will have to put the hours in on the road/trail, in the pool and on the bike. It is a must for the sport and an especially important part of the general prep phase in building your ability to tolerate higher volume. Endurance has to be in the programme throughout, period.

3. They get strong. Getting stronger can minimise your risk of injury as well as improving your triathlon performance. This is something I see endurance athletes in general missing out on a lot of the time. A weak athlete will not perform as well as a strong athlete. That’s not to say triathlete’s should be doing one rep maxes every 12 weeks…far from it actually! But what they do need is a strong core and both bilateral and unilateral (two and one limb) strength! If your knee collapses inwards every time you lunge, how will that fair when your repeating that effort thousands of times over a race?

4. They are adapted to high intensity bouts. If you think triathlon is entirely aerobic, think again. Triathletes are required to intermittently work at high intensities between aerobic bouts and that means to be successful you need to be well trained there. Athletes with greater anaerobic power and capacity will far surpass those who just put the miles in.

5. They play to their strengths and attack their weaknesses. I’d put money on most triathletes out there having a strong suit. Awesome, play to it. On game day that’s where you’ll make your biggest move. But honestly identifying weaknesses early in the season results in a much more well rounded athlete.

To show you what this looks like, here is an example of the training focus’s in my triathlete’s first two training phases:

Here is an example of a strength and cycle specific aerobic power session:

The results from this season? First in the Alnwick triathlon, pb in the Slateman half iron man and no injuries where previous years saw ‘injury prone April’. 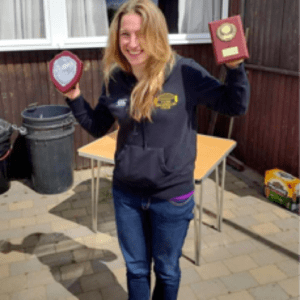 Strength and conditioning isn’t just for those in high intensity sports. It is a highly valuable addition to your endurance training that will get you strong, keep you strong and give you that edge on race day.

I currently have availability for 2 triathletes so if you’re looking to optimise your training, minimise your risk of injury and take your triathlon to the next level, enquire in the form below. #TeamGB