I first moved to Newcastle in 2008 to play rugby for the Newcastle Falcon’s. In 2009 I began running a bootcamp in exhibition park in my spare time with my friend Dr Zoe Williams who was studying nearby at the time.

Two months in I was given the opportunity to deliver personal training sessions out of the Newcastle Falcon’s gym and Zoe took over the boot camp so I could focus on one to one coaching. 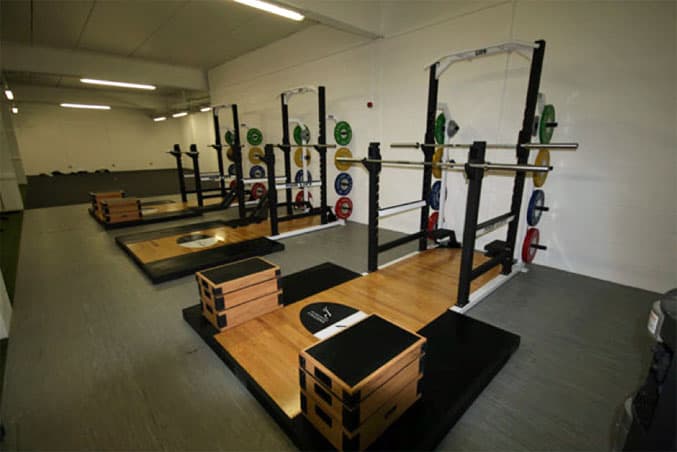 At the end of that season I was planning to move to either Japan or France to continue my rugby when I realised just how much I had grown to enjoy delivering personal training.

Personal training gave me an opportunity to be around people, each with their own different careers and backgrounds. I had become stale working only in professional sport and personal training offered an exciting alternative.

From an early stage I knew I wanted a “brand” and not just “Spencer Davey Strength and Conditioning” I wanted people who joined the team to have some ownership over what they were involved in. Putting myself in their shoes, it needed to be a brand with a strong identity and I didn’t have it yet.

After months of thinking I decided to sit down and close my eyes and not open them again until I had the brand. When I opened my eyes frustratingly my plan hadn’t worked and I still had nothing!

At that point there were two books in front of me.

The Storm Rider Guide (a travel guide for surfers) and Oceans – an oceanography book. I opened The oceans book on a page with a hurricane from space and immediately I knew I had it! 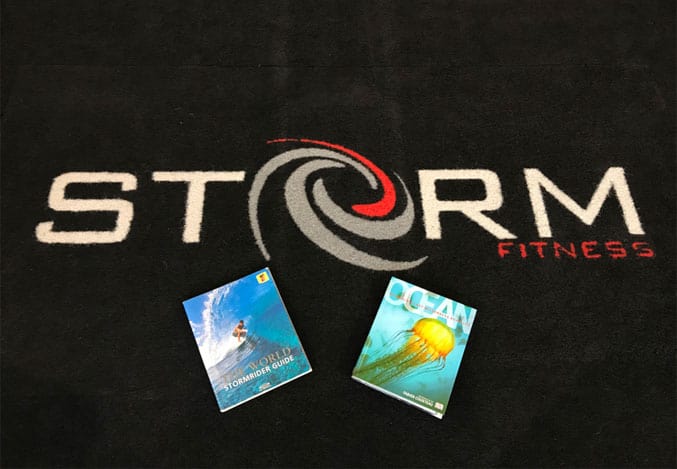 I called my friend Ed who drove 10 miles that day to draw it for me in a local café on a napkin. 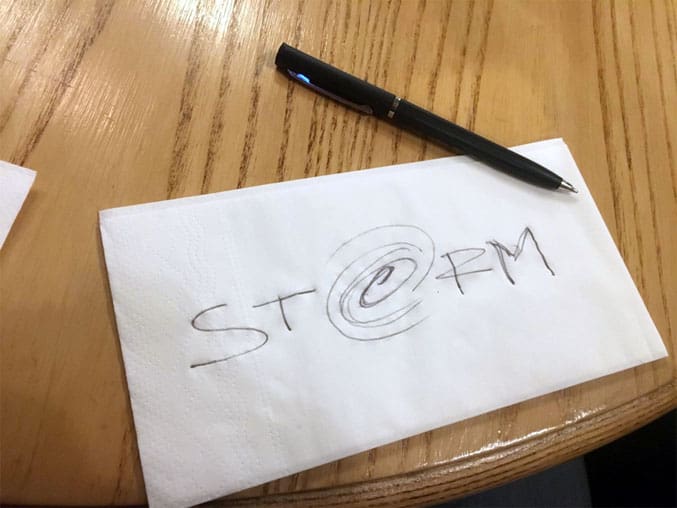 Storm with a hurricane for the “O”.

Ed is now a sought after artist who paints things like this. 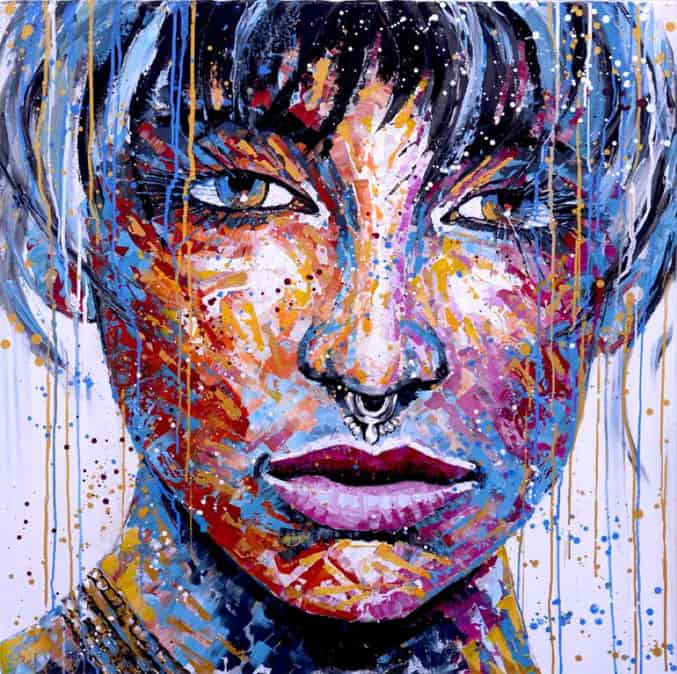 You can find his work here.

That night I drove 10 miles to give it to another friend Ross, a graphic designer who usually works with much bigger clients like P&G. Ross did an amazing job first time with our logo and we haven’t changed it since.

When I founded Storm we initially had a small gym in North East Clinic in Heaton. It was small, clean and well… clinical.

We delivered mostly one to one personal training and some select group classes including gun club – a sudo masculine arms only class hosted by ED. 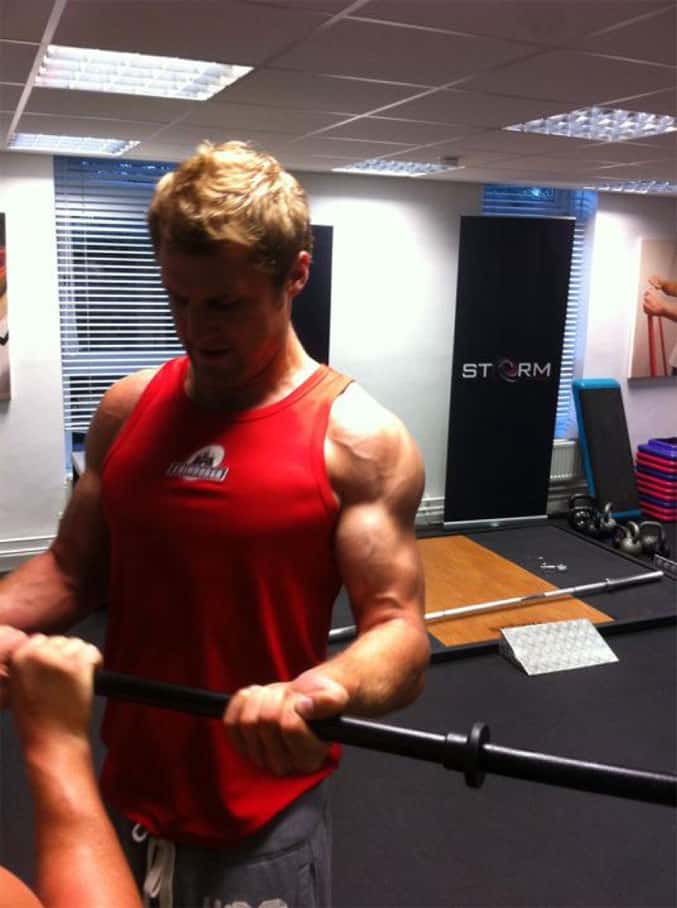 18 months later however North East Clinic needed their gym space back, so we agreed a lease on a property on the quayside before being gazumped at the eleventh hour!

Whilst it was a tough time, we continued to operate out of warehouse spaces around Newcastle while waiting for the lease on our new home to be drawn up and signed.

What working out of warehouses taught our team was that it’s not the environment that keeps clients happy and motivated it’s the quality of our service delivery and our passion for delivering upon their goals!

Here’s an example of one of the warehouses we operated out of. The fridge. This was a pre Crossfit strongman/intervals hybrid. It was not uncommon to see 30 people packed into a cold industrial warehouse, working super hard, listening to Rage against the Machine played through my bass amp.

Finally our days of travelling around Newcastle were finished and we landed in our new home in Benfield Business Park. 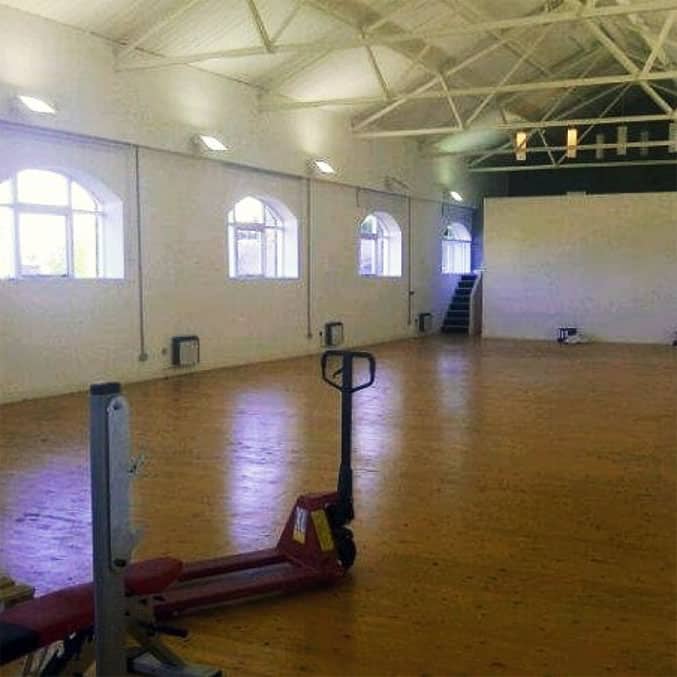 Slowly but surely we built our team and a loyal customer base. We now had the high quality training and customer service but with a great space to deliver our brand of personal training.

The gym was now attracting people from up to 40 miles away to train with us weekly and we were hosting seminars with some of the best in the business. 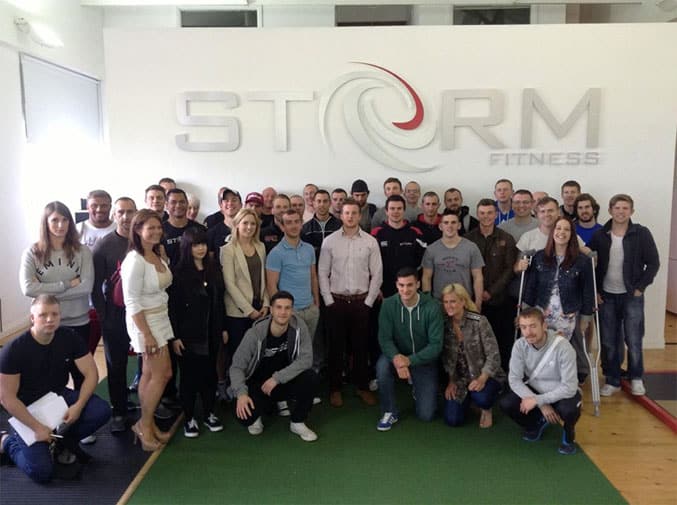 The Gym now started to attract teams and athletes from the North East as well as our core market of regular people who wanted to optimise health, wellbeing and improve their body. 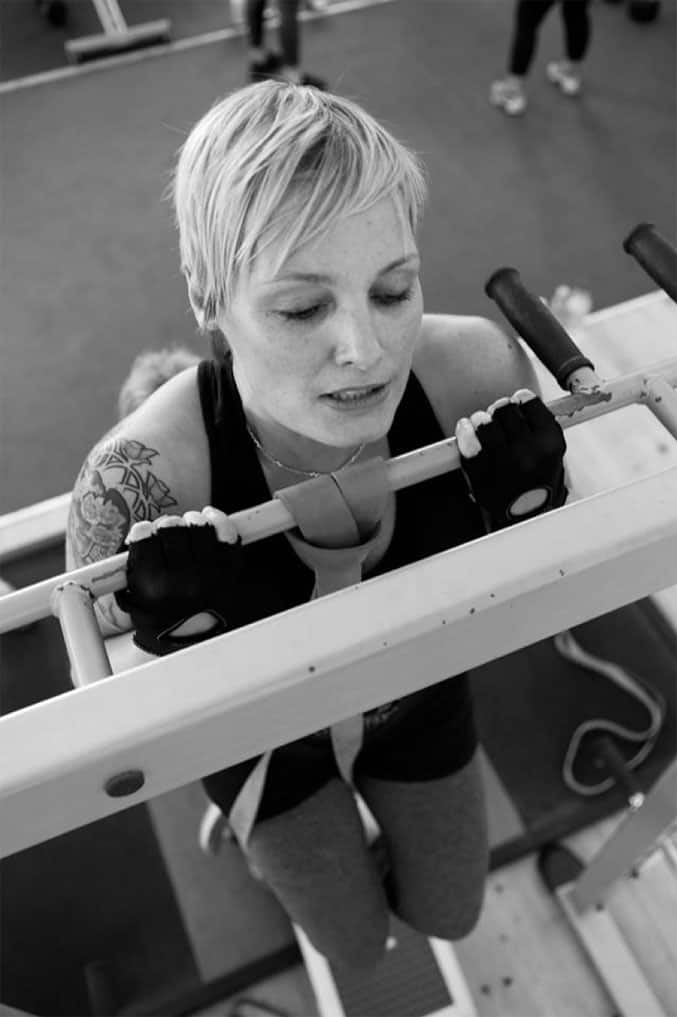 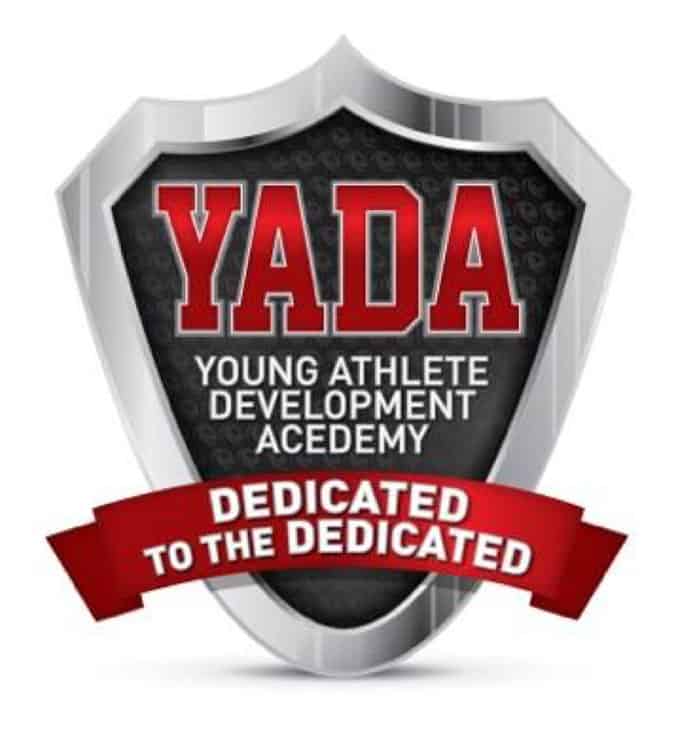 The YADA was (and continues to be) a huge success with many of the athletes achieving international and regional selection. 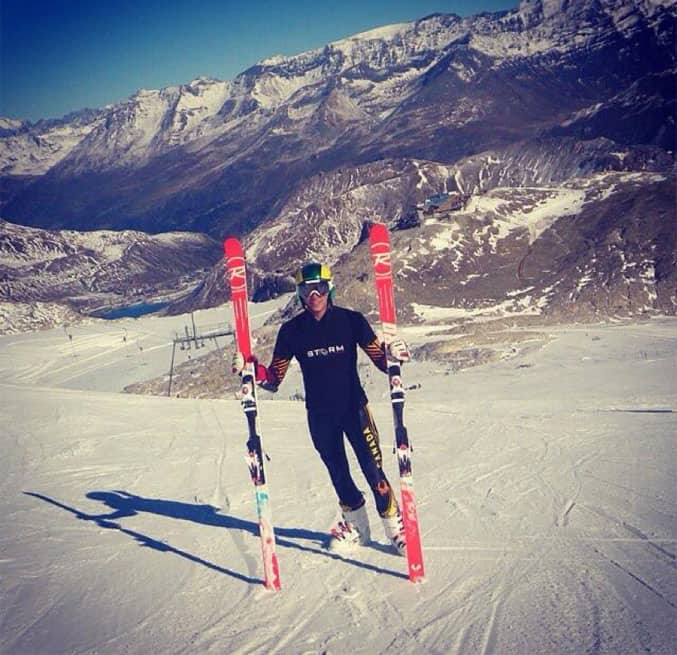 At that Stage we had grown a reputation for how we delivered our training and we were invited to open a gym in a 5* Hotel in Turkey. We did a full design and build and turned a 10,000 square foot disco space into an inspiring place to leave life behind and focus on number one for a week.

After running some 36 retreats abroad I decided to focus on business back in Newcastle and we started the refurbishment of our facility. 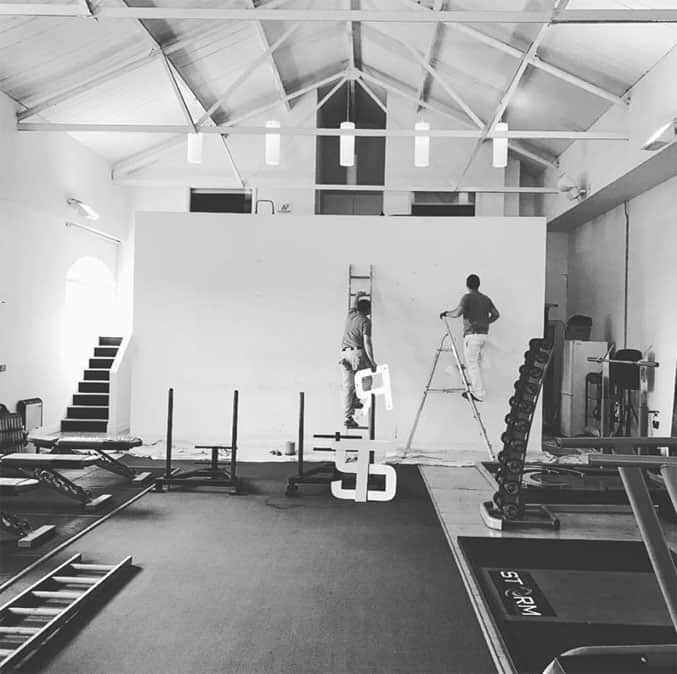 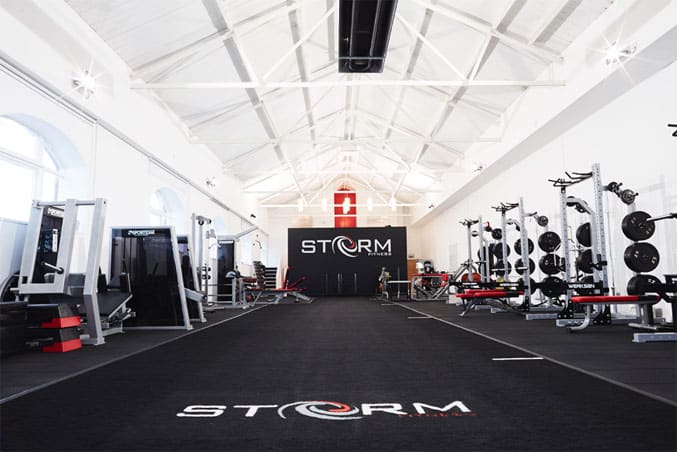 And that brings you to today where we have a fantastic welcoming environment and some of the friendliest and most dedicated trainers you could imagine!

This brief history doesn’t allow me to mention all of the people who have made Storm what it is today but it really is the people that make the difference.

To everyone who has been a part of our story so far, I want to thank you personally for being a part of a gym and way of life we are very proud of.

It makes me proud to think how far we have all come and from humble beginnings.

The fact that that growth and development has been organic makes me so grateful for the team we have and the amazing clients that choose Storm.

We now move onto the next chapter, it already looks a good one 😉

✔  In depth posture and movement analysis

✔  Full breakdown of your training history

✔  Our opportunity to fully understand your lifestyle

✔  In depth discussion on your goals and motivation

✔  We’ll find the best package for you, your budget and your goal