Speed for Sport- Your Guide to Getting Faster

by Spencer DaveyJun 22, 2016Strength and Conditioning

The off season in team sports is a super rare time of the year where you can get some speed coaching and actually get faster!

Team sport conditioning has moved forward leaps and bounds in the last few years but there are still those old school coaches out there (particularly in Rugby) who believe that athletes just need to “grit their teeth” and “run more” in order to get faster, and that “players are not Ferrari’s” and if they just run, somehow, magically they will get faster.

You may be able to tell that I am not of this opinion. Whilst a bit of good old fashioned hard work goes a long way, why not apply that work ethic and training time toward something that will actually make a difference?

Before setting out how to train to gain speed for sport let’s just recap on the simple laws of physics that govern how it all works.

In sport we have to run in straight lines, curved lines, make sudden cuts and decelerations, turn 180 degrees and of course jump.

In this article though I am just looking at speed in a straight line to keep things simple (ish).

We can breakdown speed for sport into 3 main categories.

Different to training a track athlete, a team sports athlete like a footballer or rugby player may have to create a resultant force from a range of different positions, for example;

Try to think of training the start as a team sports athlete as training your ability to react and create horizontal force whilst being flexible around the position from which you start rather than having an endless list of positions to train. 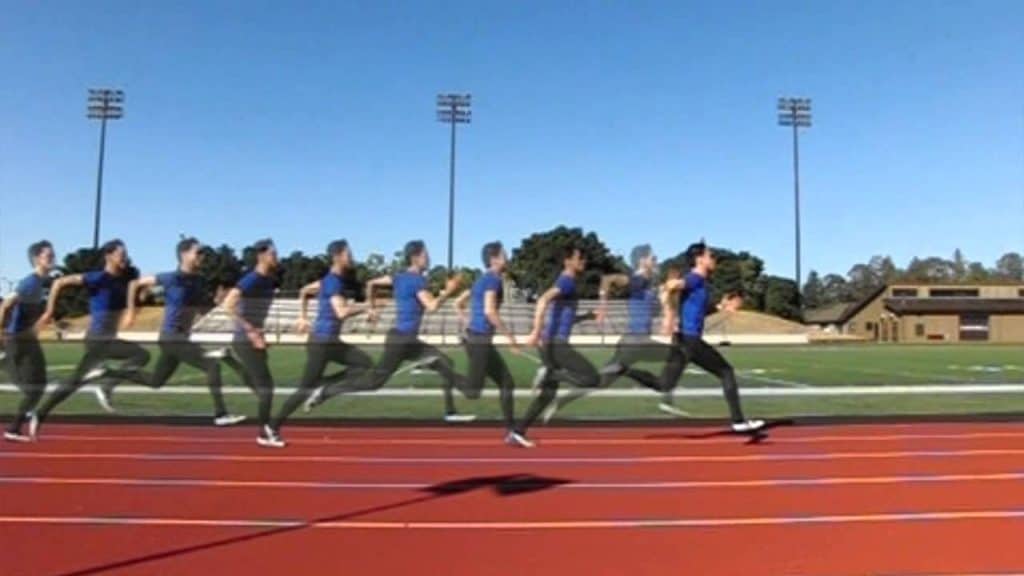 During the acceleration phase we want;

At top end we have maximised the amount of propulsive force we can produce given our current level of power and efficiency and the focus shifts to limiting friction and time on the ground.

So here’s what you’ll be doing:

Train the specific patterns you need to develop control through the torso during hip extension.

Drill your new movement patterns until they become familiar and your default pattern.

Putting it all together- So when your finished it will look like this…scheea riiight! If you choose your parents wisely 😉

If you want to kill competition with speed this season here is my closing gift to you. My 5 rules for guaranteed speed:

Get going and get fast!

If you’d like to work with me or one of the team to get fast this season please use the contact form below. We are taking bookings for July and August now whilst writing this we have around 8 slots left with some half day intensives still available too.

Thanks to everyone in the S&C field for sharing the videos I have used, Vern Gambetta for last years seminar but especially to Keir from http://rugbystrengthcoach.com/ for sharing some awesome info on his recent seminar!