The Olympic Athletes that Changed the World

The Power Of the Olympics

The Olympic games is once again on the horizon and I’m sure I can’t be the only person in disbelieve that it was indeed four years ago since Farrah and Ennis lit up London.

The World has changed. since the London 2012 Olympic Games

Britain voted to leave the EU and has since seen a British public divided in opinions and vision for the future. Terror attacks are becoming more and more frequent and severe. Russia have received wide scale condemnation and many of their athletes have received bans on account of the alleged centralised doping and what’s more Donald Trump is running for presidency and wants to erect a great wall across American borders.

With all this unrest in the World some would say the Olympics’ this year is at best a welcome distraction or even slightly irrelevant.

They couldn’t be more wrong.

In a fractured World the Athletes have an opportunity to send a powerful message to a projected 3.6 billion audience.

Arguably jamming some of the most competitive Athletes from every culture and every corner of the planet into the Athlete’s village for the best part of a month could spell disaster.

Strangely though the stories of mutual respect and unity between athletes far outweigh any negative events.

What common ground do the athletes share that brings them together? Maybe the common traits necessary to get there in the first place? Could it be their persistence, focus and self-belief that allows them understand each other so well and reach out and inspire a global audience?

Here are just a few of the athletes who have changed the world .

The first female Olympic gold medal winner pictured here in Paris at the 1900 Olympic Games in clothing similar to that she wore to play in!

In the first Olympics’ featuring female athletes only tennis and golf were permitted although the athletes paved the way for change. In London 2012 we saw the first female Boxers. 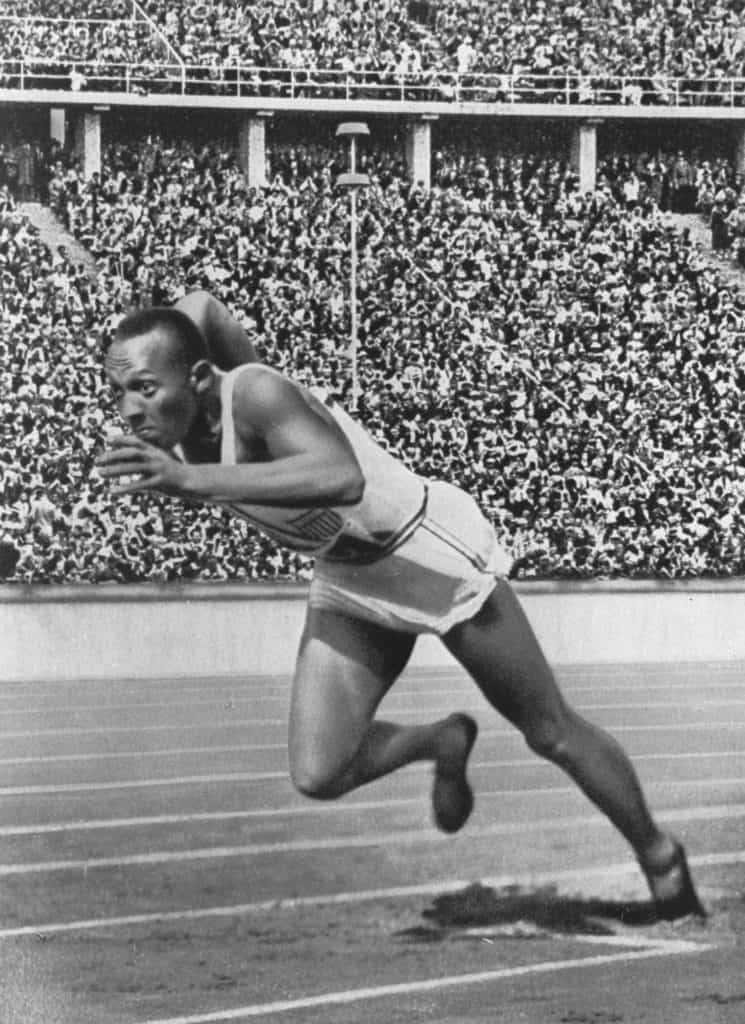 The dominant performance was, you could say, an inconvenience to Adolph Hitler who had intended for the games to showcase his vision for an Aryan race. Jessie’s closest competitor in the long jump Luz Long joined Jessie after the competition on a lap of honour as a symbol of triumph over Nazi ideology. 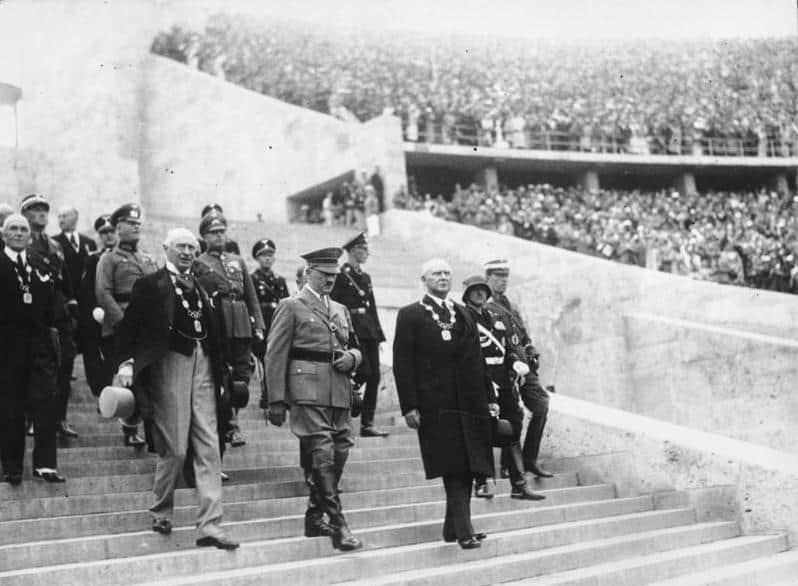 During the warm-up to her sprint event she skied off-course, down a bank, into a 3m gully where she crashed on rocks breaking four ribs along with tearing her lung away from the ribs.

Despite severe pain she competed, but she collapsed in pain after qualifying and was taken to hospital to be x-rayed. The x-rays failed to show the rib fractures. So she returned to the course and, despite the agonizing pain, won her quarterfinal and just got through the semi final.

During the semi final, one of the broken ribs pierced her lung, collapsing it. Despite this and the excruciating pain, she finished third to win the bronze medal in the final, the first individual Winter Olympic medal for Slovenia in 16 years

Other skiers, staff and the media spoke of her amazing bravery as she attended the medal giving ceremony with a tube in her chest to help her breathe.

She said at the press conference afterward “Today, this is not a bronze. This is a gold with little diamonds on it”

I would agree with her!

As a tropical country competing in a cold-weather sport, the team quickly became very popular, despite being considered an obvious underdog.

The team had very little experience going down a bobsled track, and in true Olympic camaraderie across national boundaries, other bobsledders were quick to give them guidance and support and even loaned them their spare sleds in order they could compete.

Sadly they did not officially finish after crashing during their qualifiers.

The team did however get out and walk over the finish line to signify all they had achieved.

In 2005 Steiner, a weightlifter with a chance of Gold in the next Olympics had decided to walk away from the sport.

His wife Susann, a huge source of support, had encouraged him to continue and Steiner made a promise to his wife to compete in the 2008 Beijing Olympics.

However tragedy struck when in July 2007 Susann died suddenly in a car accident.

Matthias later spoke of his desire to quit the sport until he remembered his promise to his wife.

In the final 3 lifters including Steiner were locked in battle. Steiner failed his first clean and jerk at 250kg. With his third and final lift Steiner lays it on the line with 258kg on the bar. If he hits this lift he takes gold.

5.What it takes – China’s Approach to building champions

Before you dismiss every achievement of the athletes at this years games as the product of performance enhancing drugs. Just remember what some of the athletes have gone through just to be there.

Side note- you may not want to watch the full movie now but there is some footage in there that will put the modern day “soccer mom” phenomenon into perspective.

Instead of waving their own flags and featuring separately; the two nations wore identical uniforms and waved a flag with a blue map of Korea as a sign of unification. 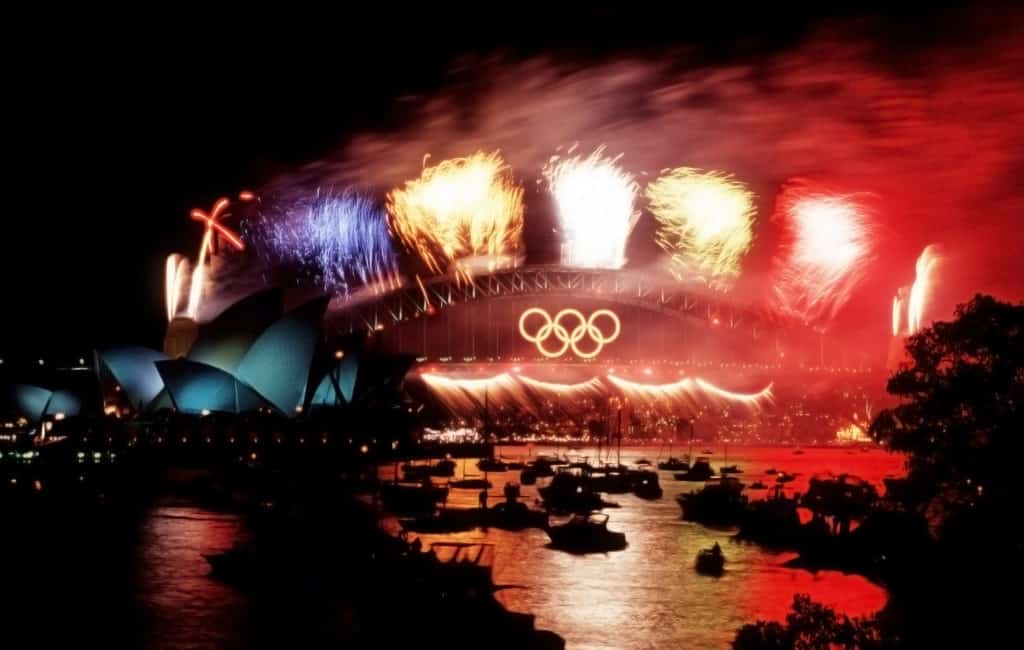 7. Joannie Rochette loses her mother to a sudden heart attack two days before the games.

Each athlete raised a black-gloved fist, and kept them raised until the anthem had finished. Peter Norman Australian, white silver medallist wore a human rights badge on his jacket.

In his autobiography, Silent Gesture, Tommie Smith made the point that the gesture was not a “Black Power” salute, but a “human rights salute”.

400m runner Derek Redmond came into the 1992 Barcelona Olympics in good form. He recorded the fastest time in qualifiers and went on to win his quarter final.

Here is the footage of the semi final of Derek (and his father) finishing the race which later became the subject of both an Olympic Committee as well as a Visa video campaign.

Eric Moussambani Malonga shot to fame at the 2000 Olympics.

In his 100m freestyle heat his time was more than twice that of his faster competitors, and outside the time for the 200 m world record.

He did however set a new personal best and Equatoguinean national record!

Mo sacrificed a lot to get to the top of his game. He said this some years earlier about moving in with Craig Mottram and a group of Kenyan runners.

“They sleep, eat, train and rest, that’s all they do but as an athlete you have to do all those things. Running with Craig (Mottram) made me feel more positive,”

Farah said. “If I ever want to be as good as these athletes I’ve got to work harder. I don’t just want to be British number one, I want to be up there with the best.”

If ever there has been an example that there is never just “one way” it would be Michael Johnson’s running style.

An incredible athlete who took dedication and professionalism up a gear in 1996.

Well you can’t make a list about athletes that have changed the world without this guy!

At around two minutes through this video you’ll find Bolt messing around before the biggest race of his life in Beijing 2008.

I’m not sure what faster than this would look like.

Maybe this year the sprinters will slam in some chia seeds pre race and we’ll find out.

I can’t wait to see what inspiration and emotion Rio 2016 brings.

I can say for sure that the next Olympians will be somewhere within that 3.6 billion audience.Maybe even some of our young athletes at Storm?

Hopefully they see that hard work, determination and respect for others can make a difference… a huge difference!